Info for a smooth passage

Info for a smooth passage 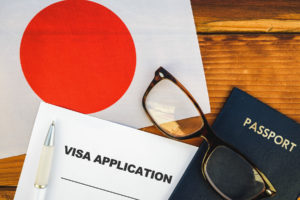 Clearing immigration and customs in Japan is not difficult, and the system has been streamlined to avoid delays.

On arrival at the immigration booth, you submit your passport and arrival card (hopefully soon to be done away with). You’ll get your photo taken, and get fingerprinted (both index fingers). The process generally only takes about a minute or two nonce you get to the booth, but depending on the volume of passengers, delays can occur.

Then it is off to the luggage carousels to claim luggage.In the major airports there are many carousels, so check the screens for you carousel number. Luggage is generally processed quickly, and often will be circulating on the conveyor before you arrive.

Once you have everything to head through customs, where there are green and red lanes like most other countries. Security checks (sniffer dogs and x-rays) are done before your luggage arrives on the carousel, so customs tend to be quite quick.

A warning however that Japan has very strict laws on drugs, pornography, and weapons. And remember that Habeas Corpus does not exist in Japan, and smuggling anything illegal can result imprisonment without charge, long incarceration penalties, and deportation from Japan with no right to re-enter. DON’T bring drugs into Japan.